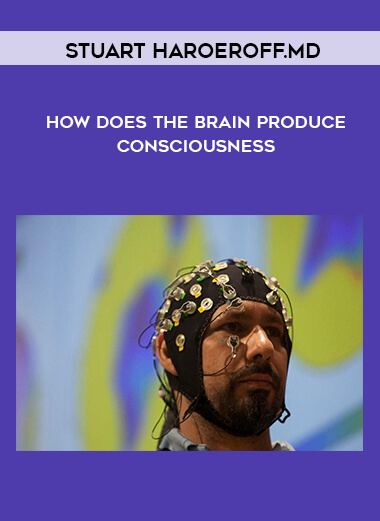 How does the brain create consciousness? originally appeared on Quora – the knowledge sharing network where compelling questions are answered by people with unique insights.

Answer by Yohan John, Ph.D in Cognitive and Neural Systems, on Quora:

Does the brain create consciousness? I’m not so sure. At the very least, I know that no neuroscientist has caught the brain “red-handed” in the act of creating consciousness.

In neurons of the brain

(That’s a lyric from the new Yeasayer album.)

The standard materialist position is that consciousness is tied up with the brain. There is plenty of evidence that the brain influences consciousness (and vice versa!), ranging from studies of brain damage to the well-known effects of mind-altering chemicals.

The problem with going any further than this correlational fact is that no one knows how to define consciousness from an objective, third-person perspective. We only have access to one consciousness: our own. Every other consciousness is in a sense inferred from behavior. This process of inference is a social process, which is why the debate on animal consciousness is unlikely to end any time soon. We treat people as conscious because they seem conscious to us, and this seeming is a product of both our evolved perceptual systems and the cultural systems that operate on top of them. The fact that people disagree about whether a particular animal species is conscious or not suggests that there is no universal intuition about consciousness.

Because the problem of consciousness is a problem of definitions, some neuroscientists have decided to stick their necks out and define it. A popular recent definition is contained in integrated information theory, proposed by Guilio Tononi and Cristoph Koch. An apparent consequence of their definition is that pretty much anything can be conscious if it has the right sort of “information integratedness.” A philosopher named Eric Schwitzgebel ran with this line of thinking, and attempted to show that If Materialism Is True, the United States Is Probably Conscious.

To their credit, Tononi and Koch seem to have bitten the bullet and accepted a form of panpsychism — the idea that everything is conscious. Some philosophers dislike it when definition are too broad; they call the process “bloating.” It’s a useful concept in my opinion. If everything from electrons to galaxies is somewhat conscious (by virtue of being somewhere on the “information integratedness” scale) then the concept of consciousness becomes less useful as a descriptor of observable phenomena. (But then again, perhaps we never actually observe consciousness anyway. We observe with consciousness. Consciousness itself seems to have no material attributes; it is only the objects or targets of consciousness that have attributes. )

This is why it is always good to go back to the kinds of definitions of consciousness used by philosophers and mystics. These definitions are much closer to our colloquial understanding of consciousness than anything proposed by neuroscientists. Consciousness is the field of subjective experience. We can communicate aspects of this experience, but we can never share directly in any consciousness other than our own. We cannot answer the question “What Is it Like to Be a Bat?“ . We can barely even speculate about it.

One of my favorite descriptions of consciousness comes from Julian Jaynes‘ bizarre and beautiful book The Origin of Consciousness in the Breakdown of the Bicameral Mind.

O WHAT A WORLD of unseen visions and heard silences, this insubstantial country of the mind! What ineffable essences, these touchless rememberings and unshowable reveries! And the privacy of it all! A secret theater of speechless monologue and prevenient counsel, an invisible mansion of all moods, musings, and mysteries, an infinite resort of disappointments and discoveries. A whole kingdom where each of us reigns reclusively alone, questioning what we will, commanding what we can. A hidden hermitage where we may study out the troubled book of what we have done and yet may do. An introcosm that is more myself than anything I can find in a mirror. This consciousness that is myself of selves, that is everything, and yet nothing at all — what is it?

And where did it come from?

Descriptions like this also reveal why neuroscience will always struggle to study consciousness in all its private glory. How are we supposed to study something that is a “hidden hermitage”? We never actually see consciousness. All we see are its consequences in behavior. So when we look for the neural correlates of consciousness, what we are really looking for are the neural correlates of certain measurable behaviors that we think are closely related with consciousness, such as attention, self-awareness, access to information, and (perhaps most important) the ability to comprehend and communicate. If there is a type of consciousness that we are incapable of acting upon or even remembering then we will simply be unable to study it from a scientific perspective.

This question originally appeared on Quora – the knowledge sharing network where compelling questions are answered by people with unique insights. You can follow Quora on Twitter, Facebook, and Google+. More questions:

Be the first to review “Stuart Haroeroff.MD – How does the brain produce consciousness” Cancel reply
Digital Delivery
We are using Paypal for our auto-payment gateway.
If you have any difficulty in settle your payment with us, please contact our Customer Service team via:
Skype: [email protected] (Intell Centre Customer Services)
Email: [email protected]
Facebook: https://www.facebook.com/IntellCentre/

After receive your order, It will take 0-12 hours to be download available.
The Course is digital products included PDFs,Videos (MP4,TS,AVI files), Audio (MP3,M4A), Document (Word, Exel,Power Point..)
We will provide the download link accordingly with the Email address on your “Order Reciep”.
Product Rating :
4 / 5 ( 1 vote )