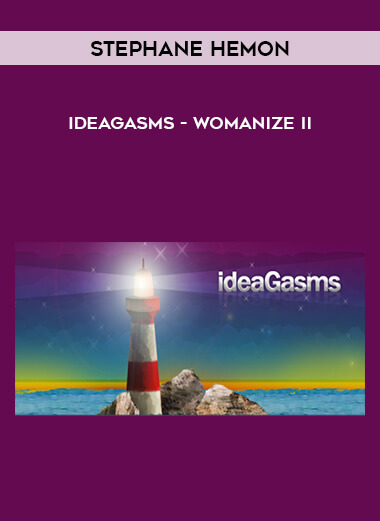 Stephane’s obsessive pursuit of relationship mastery and personal freedom began when he was still only a child. Raised by 4 feminists who had issues with men, Stephane was made into their “special project”. From the early age of four, Stephane still remembers being instructed by these women to give other girls his own age candy, flowers and even romantic lines.

They wanted to turn Stephane into their version of “the perfect gentleman”, often lecturing him about “the insidious nature of men”, and telling him over and over that he would someday become a role model to men everywhere. As a child, Stephane wasn’t like the other boys in his school who thought “girls are gross!” – to the contrary, Stephane was more-than-just-curious about his feminine classmates from the very first moment he set foot in a classroom.

By the time he reached high school in 1988, much to the dismay of his grandmother, 2 aunts, and mother, Stephane found that he was able to get just about any girl he fancied. But, after sleeping with most of the cute girls in his high school, he realized that he still didn’t know very much about KEEPING girls around. His family had taught him a lot about women, but not nearly enough about being a Polarized Lover. His relationship skills needed a lot of work, and the pain of losing so many wonderful girlfriends was unbearable to him.

It was around this time that he developed a taste for Bisexual Women… One girl in particular used to bring girls to him (for threesomes), which he enjoyed very much, but this quickly turned into a source of massive FRUSTRATION when he realized that he didn’t know how to advance the simple threesomes into long term relationships.

It was during this time that he realized he was to be among the first to create a NEW relationship model he calls “Interdependent Circles” which consist of one man and two to three women. He tried to build this relationship model from what he had learned in ‘The 7 Habits’ by S. Covey, but still at the ripe age of 16, he explains that he didn’t have enough experience, maturity and wisdom to successfully pull this off yet.

Stephane reports, “I have something that the Shaman’s refer to as ‘Bleeding Eyes’. This is their way of describing someone who can feel the emotions of others as if they were his own. It is the ability to have extreme amounts of empathy. Because of this, I can connect with people very easily, but, I also cry A LOT. If I’m not crying due to my own pain, I’m crying for YOUR pain and I can feel it very intensely. Even if you were to deny it, I KNOW it is there. I’m very sensitive to this, and very sensitive emotionally.”

Stephane says that he cried himself to sleep at night over girls so much that it drove him to want to master not only his BASIC relationships with women, but to eventually have ‘Interdependent Circle’ relationships. He studied everything he could find in psychology, psychiatry, self-help, hypnosis, NLP, communication, sales, human sexuality, spirituality, etc. and claims to have read “just about every relationship book known to man”.

When he was about 26, around 1998, he went online and found something called “the seduction community” – a men’s movement started in 1993 by Ross Jeffries – and finally felt like he had come Home for the first time in his young adult life. He quickly became friends with most of the ‘top dogs’ in this community, going out with them regularly to “pick up chicks” and share “frames” with each other.

“It was around that time that I started getting fired from every job I had”, says Stephane, “because I couldn’t focus on anything other than dating and relationship dynamics! When I saw that some of these guys were making their living doing this, I knew that I had finally found my calling.

So I kept hooking up with all of these weirdos that I had met online, all these “pickup gurus” and such, and although I didn’t really like most of them personally because I found them to be closed-hearted jerks who were perpetually jealous of each other and basically acted like a bunch of little girls, I still continued to meet with them because many of them were VERY good at getting girls and I wanted to learn as much as I could. In those days I was completely obsessed.”

Fast forward to a few years later, and in the spring of 2005, ideaGasms® was born.

“When I finally figured out my Circle model and built my first very SOLID Circle (I was living with my two girlfriends at the time), I decided right then and there that I was now ready to become a teacher. I asked a friend of mine, the well-known David D., to interview me, and I also did TV, radio, newspapers, magazines… and in those days I was interviewed by anyone willing to talk to me. Since I got such massive exposure so quickly, and people really liked my spiritual perspective on ‘the game’ and all this stuff that we teach, IG became an overnight success.”

He continues, “I want IG to grow into a one-stop total Pickup, Dating, Sexuality, Relationship, and Interdependent Circle website. It is for people like me who want Comprehensive Relationship Mastery of the highest order. So far, so good – We have a DVD that teaches you how to master the female orgasm, we have a guided meditation Chakra Program for people who need to let go of insecurity, stress, and other mind-identified imbalances to become less Ego-centered and more Heart-Centered, we have a Girlfriend Training Program for guys (and girls!) who want to learn how to effectively clear the bullshit out of their relationships to join at the Heart, and soon we will have an BISEXUAL Girlfriend Training Program for people who want to learn my ‘Interdependent Circle’ model.

Eventually I plan to start selling programs like ‘Sexual Alchemy’ and all kinds of specialized courses that deal with every possible facet of human relationships and sexuality you can think of.

Once I get 12 or so good products on the IG website, I’m going to take my 2 or 3 girlfriends and we shall travel the world teaching Interdependent Circles and other very advanced seminars for Spiritual Warriors and other eccentrics like me.”

Stephane currently resides in Montreal city with his bisexual lover Ghita, who is featured in his DVD “Intro To Female Ejaculation”, the world’s first comprehensive instructional DVD about mastering the female orgasm.

To Make Our Unique Contribution To An Ever-Evolving Mass Consciousness;

To Achieve Sexual And Spiritual Harmony;

To Be Examples Of Compassion And Unconditional Love;

To Cultivate Tender Intimacy And Non-Judgment;

To Promote True Honor And Integrity;

To Assist Those Who Are Ready to Open The Seven Chakras;

To Liberate Ourselves And Others Into Full Self-Acceptance And Personal Freedom.

Be the first to review “Stephane Hemon – Ideagasms – Womanize II” Cancel reply
Digital Delivery
We are using Paypal for our auto-payment gateway.
If you have any difficulty in settle your payment with us, please contact our Customer Service team via:
Skype: [email protected] (Intell Centre Customer Services)
Email: [email protected]
Facebook: https://www.facebook.com/IntellCentre/