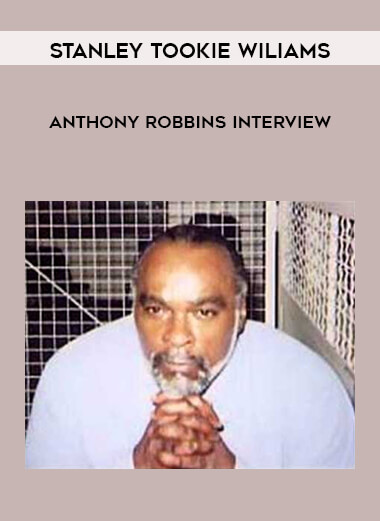 This blog is dedicated to Stanley “Tookie” Williams who was nominated for 9 Nobel Prizes (5 for Peace and 4 for Literature) for his educational work and achievements during over 26 years on Death Row in a US prison. Stanley “Tookie” Williams had written 10 books from his cell (some of which got him nominated for the Nobel Prize) and was still working on 3 others when he was executed on Tuesday 13 Dec 05 under orders from “Terminator” Gov. Arnold Schwarzenegger. Anthony Robbins, a leader in the Personal Development Industry, interviewed Stanley “Tookie” Williams a few days before the execution when there was still hope of clemency. Click on the following link to hear this very powerful interview. click here to hear Interview of Stanley Tookie Williams with Anthony Robbins Tony Robbins describes “Tookie” as “one of the most spiritual and psychologically developed people I’ve ever met in my life….” I have heard the whole interview several times now and will listen to it many times again. Stanley Tookie Williams is a powerful leader like Nelson Mandela, Malcolm X, Martin Luther King….sorry, should I have said “WAS” a powerful leader…he was executed by the State of California a few days ago…no, I think I’ll stick to “IS” a powerful leader because his influence has touched my soul today. Trust me, there will be something that touches and inspires your spirit too when you listen to the whole of the interview between Tookie and Tony a few days before the execution. click here to hear Interview with Stanley Tookie Williams Jesvir Mahil MBA Leadership CoachEaling EcademyFree Success NewsletterGet the book! Finding the One in a Million

Be the first to review “Stanley Tookie Wiliams – Anthony Robbins interview” Cancel reply
Digital Delivery
We are using Paypal for our auto-payment gateway.
If you have any difficulty in settle your payment with us, please contact our Customer Service team via:
Skype: [email protected] (Intell Centre Customer Services)
Email: [email protected]
Facebook: https://www.facebook.com/IntellCentre/