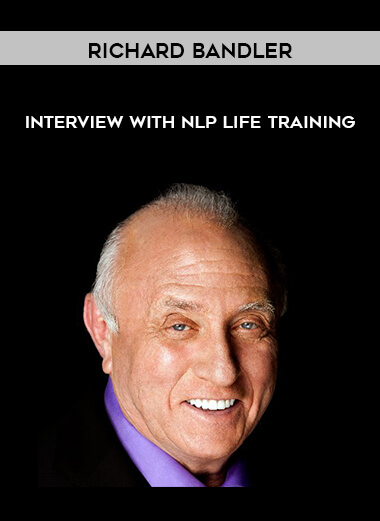 What would you say your best assets are, Richard? You’ve obviously got a few but what are your best?

I’ve always had – I think it’s that I believe that people can. That no matter how much they feel hopeless, I don’t really believe them. I believe that they think something different and do something. I think that when you fail, it’s because you stopped trying and when you stop trying, then it’s real easy to make yourself feel worse and not do anything or to give up on patients. If somebody – if you blame the fact a patient isn’t changing on themselves rather than on the technology you have, no one would ever do research. Doctors don’t go well, these people are dying of cancer but what we have now should be enough, they should get cured, darn them. They keep doing research to find a better way to do it. Unfortunately they’re not all working together in a way which I think produces as good a result as it could and a lot of people look at something… It’s like if you have a rare disease, you’re less likely that they’ll ever find a cure because there’s no money in it. But there are a lot of things where I think we’re not aiming our resources at finding out about things. We’re like… You know, the cases of spontaneous remission. If we really went through it, we’d find out it wasn’t nearly as spontaneous as we think it is. They might’ve done something to change their diet, who knows?

But if we really began to examine things, both for the physical health but especially in mental health, there are times where people change and events happen in their life and they change beliefs profoundly. So learning to change your own beliefs so that you’re more propelled and have more motivation to do things I think is better. It’s just a better choice.

My greatest asset is that I’m always willing to take a shot at it and it, to me, when I had these people that sent me clients and many of them were psychiatrists, I think part of why they sent me the client was they were frustrated, that they didn’t know what to do, they couldn’t offer them help so rather than just refer them away or hospitalise them, they’d bring them in and they’d come with them. When I started doing things – because I didn’t know how to do what they did because everything in the file was a list of what not to do – and started trying other things by getting them to supply me information and the shrink as well, and sometimes calling people on the phone that I knew that knew how to do something and teaching them… And especially when you use hypnosis, it’s a very powerful amplifier and they actually said in most old psychiatric books that you couldn’t hypnotise schizophrenics. Well actually that’s not true. You can’t hypnotise them unless you can get their attention and I’m very good at getting people’s attention because I don’t put up with a bunch of nonsense from my clients. Whereas psychiatrists have to be warm and empathetic, I can be tarrying.

I’ll do whatever it takes to get them to pay attention long enough to go into enough of an altered state to be able to believe and do different things. Milton did it to get them out of the hospital and get a job. I do it so they’ll get on the highway to having a better life. They have to figure out what will make them happy. But at least if they’re trying to figure out what will make them happy… Because most people are confused about the difference between remembering, they think they’re thinking but they’re actually remembering what makes them feel bad so they feel bad so they don’t do, whereas when you think, you change how your mind is structured in some way so that you begin to open up horizons and try new things.

Be the first to review “Richard Bandler – Interview with NLP Life Training” Cancel reply
Digital Delivery
We are using Paypal for our auto-payment gateway.
If you have any difficulty in settle your payment with us, please contact our Customer Service team via:
Skype: [email protected] (Intell Centre Customer Services)
Email: [email protected]
Facebook: https://www.facebook.com/IntellCentre/

After receive your order, It will take 0-12 hours to be download available.
The Course is digital products included PDFs,Videos (MP4,TS,AVI files), Audio (MP3,M4A), Document (Word, Exel,Power Point..)
We will provide the download link accordingly with the Email address on your “Order Reciep”.
Product Rating :
4 / 5 ( 1 vote )