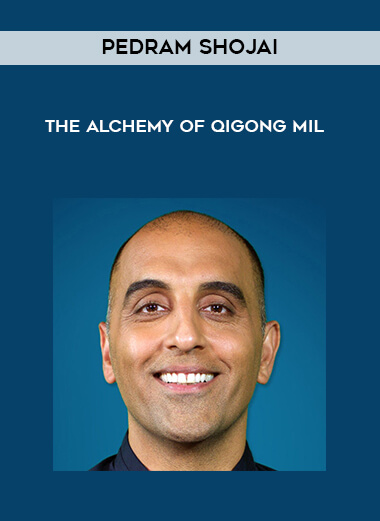 This DVD is the first in the Alchemy of Qigong series. It focuses on bringing up the health and vitality of the body as the essential basis for further esoteric work. Filled with powerful health-enhancing exercises, this volume is designed to teach the viewer to take control of their own personal well being as it helps restore the vital flow of the Qi energy. Helping enhance the health is the primary goal of the beginning practitioner. If already in relatively good health, these exercises help bring up the vital energy of the body and serve as an important foundation for a balanced Qigong practice. The content in this DVD is very necessary for people living in the modern world. It serves as a policy of health assurance vs. insurance. The skills taught in this volume are the foundation of a vibrant preventative approach to health and wellness. Review “The most comprehensive and breathtaking Qi Gong series ever created.” –Alberto Villoldo, author, Shaman, Healer, Sage About the Actor Pedram Shojai is a dynamic Qi gong master with a clear and concise message. He is here to teach the essentials of this profound esoteric system without watering it down “for the masses”.

Having been a Taoist monk for years, Pedram is an experienced teacher, an accomplished Acupuncturist, and a master herbalist. He uses an innovative style to teach both theory and technique in an easy-to-follow format.

Pedram is a pioneer in the wellness industry and his refreshing teaching style has helped people from all walks of life. As an author and dedicated healer, Pedram lives in Southern California where he keeps his private practice. About the Director Called by Wired Magazine, ” an authority on the hermetic and alchemical traditions”, Jay Weidner is a renowned author, filmmaker and hermetic scholar. Considered to be a modern-day Indiana Jones for his ongoing worldwide quests to find clues to mankind s spiritual destiny via ancient societies and artifacts, his body of work offers great insight into the circumstances that have led to the current global crisis.

He is the producer of the documentary films, 2012 The Odyssey, its sequel, Timewave 2013, and director of the feature documentary, Infinity; The Ultimate Trip.

Jay was featured in the History Channel’s documentary, The Lost Book of Nostradamus and was associate producer and featured in the History Channel’s special, Nostradamus 2012. In addition, he is the co-author of The Mysteries of the Great Cross of Hendaye; Alchemy and the End of Time, (Destiny Books) and A Monument to the End of Time (with Vincent Bridges) as well as a contributing writer for the book, The Mystery of 2012 (Sounds True).

In 1999, together with his wife, Sharron Rose, he founded Sacred Mysteries for which he has directed many films in the Sacred Mysteries DVD Collection including Secrets of Alchemy, a documentary based upon his research into alchemy, the Cross of Hendaye and the End of Time, Artmind, featuring the work of Alex Grey, Healing the Luminous Body with Alberto Villoldo, Quantum Astrology with Rick Levine, Sophia Returning with John Lash, The Alchemy of Qi Gong Series with Pedram Shojai and more.

Be the first to review “Pedram Shojai – The Alchemy of Qigong Mil” Cancel reply
Digital Delivery
We are using Paypal for our auto-payment gateway.
If you have any difficulty in settle your payment with us, please contact our Customer Service team via:
Skype: [email protected] (Intell Centre Customer Services)
Email: [email protected]
Facebook: https://www.facebook.com/IntellCentre/