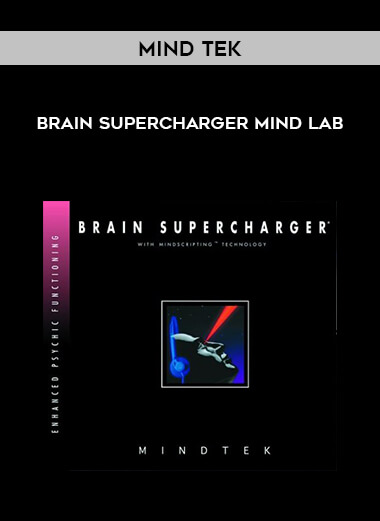 A breakthrough audio technology that alters consciousness opening a doorway into your subconscious to rewire negative self-sabotaging beliefs. Using a powerful combination of sound frequencies and special audio effects, your body becomes extremely relaxed as your mind is driven inward and fed a steady flow of psychic energy. Words can hardly describe the experience but it’s like taking a 2 week vacation in 28 minutes.

What does a session feel like? One user described it as, “…it felt like I was sticking my tongue into a 220 volt electrical socket.” Another said “It was as if I was being launched into another dimension.” Training your brain to enter these dream-like alpha-theta mind states can have enormous benefits. Users report reduced stress, enhanced creativity, peak experiences, and feelings of psychological well-being. Even out-of-body experiences. Dr. Cory, author of a double blind study reports, “Daily usage seems to have a profound effect on the mental functioning of its listener…the Brain Supercharger¨ appears to alter the personality of its users in essentially positive and life-enhancing ways.”

Pick a title (12 are included in your Mind Lab) and plug in via stereo headphones. The Brain Supercharger automatically meditates you by synchronizing your brain state into an optimal psycho-physical pattern for deep meditation and expanded awareness. Along with the Brain Supercharger technology each of your 12 CD titles also incorporate a proprietary “mind scripting” technique designed to bombard your subconscious with positive programming. A second (booster) soundtrack for added reinforcement is included on each CD.

This is powerful mind technology guaranteed to not only supercharge your brain, but your life.

Dane Spotts is the CEO of PSI TECH. He is also the founder and president of LifeQuest Industries, (formerly Zygon) a venture development group involved in cutting edge mind research projects.

A successful entrepreneur, he started his first business at age 20 and used the profits of his various enterprises to create mind tools. His inventions include the Brain Supercharger technology designed to shift consciousness and reprogram negative self-sabotaging beliefs, the SuperMind / MindQuest mind programming computer, and the Learning Machine®, which incorporates a patented 5-step accelerated learning process using light/sound sensory technology.

Dane Spotts is also the author of Super Brain Power: 28 Minutes to a Supercharged Brain and The Photographic Mind along with dozens of audio programs including: The Secret of Living the Perfect Life, Mind Power Secrets, How to Find Your Mission in Life & The Millionaire’s Mind. Several of his programs have been purchased by the Central Intelligence Agency.

In July 2000, when Dane Spotts joined PSI TECH as an executive partner, he and Jonina Dourif merged PSI TECH with its new sister company, Mind Tek Research. Dane Spotts has committed to aggressively oversee the continuity and continued progress of PSI TECH and Technical Remote Viewing.

Be the first to review “Mind Tek – Brain Supercharger Mind Lab” Cancel reply
Digital Delivery
We are using Paypal for our auto-payment gateway.
If you have any difficulty in settle your payment with us, please contact our Customer Service team via:
Skype: [email protected] (Intell Centre Customer Services)
Email: [email protected]
Facebook: https://www.facebook.com/IntellCentre/

NICABM – Working with the Pain of Abandonment