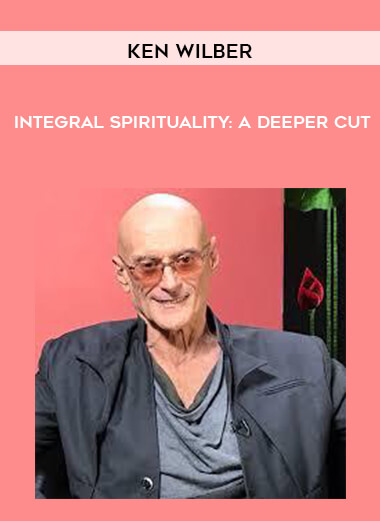 Some of the most important and insightful conversations in the world.

In 2006 Ken Wilber published his seminal book Integral Spirituality: A Startling New Role for Religion in the Modern and Postmodern World. This book represents the culmination of more than three decades of Integral theory and practice, suggesting a theory of spirituality that honors the truths of modernity and postmodernity—including the revolutions in science and culture, while incorporating the essential insights of the world’s religious traditions. Integral Spirituality demonstrates how today’s spirituality must combine the insights of the East with the discoveries of the West, paving the way for a radical new role for the world’s religions.

Nobody is more passionate about Ken Wilber’s work than you. Which is why we invited you to ask Ken your own questions about Integral Spirituality, resulting in more than 40 hours of groundbreaking dialogue that explores the book in remarkable chapter-by-chapter detail. Integral Spirituality: A Deeper Cut is your personal guide through the ins and outs of Integral theory and practice, and makes an essential companion to Ken’s critically-acclaimed book.

These are some of the most important and insightful conversations Ken Wilber has ever recorded. Featuring the most cutting-edge theory, the most intimate stories, and the most meaningful applications of Integral thought to our lives and to our world, you will not find spiritual conversations as intelligent and as sophisticated anywhere else in the world.

“This Integral Spirituality series stands out as one of my favorite conference series that I’ve ever been involved in. Not only did it give us a chance to really dive into Integral theory and practice with people who know my work so well, but it allowed me to connect with our members and listen to some of the most extraordinary stories that I’ve ever heard, which has been very gratifying for me personally. If you really want to see how deep the integral spiritual vision goes, you won’t want to miss this.” Ken Wilber

Discover the answers to some of today’s greatest spiritual questions

Be the first to review “Ken Wilber – Integral Spirituality: A Deeper Cut” Cancel reply
Digital Delivery
We are using Paypal for our auto-payment gateway.
If you have any difficulty in settle your payment with us, please contact our Customer Service team via:
Skype: [email protected] (Intell Centre Customer Services)
Email: [email protected]
Facebook: https://www.facebook.com/IntellCentre/

Ken Wilber – The Religion Of Tomorrow