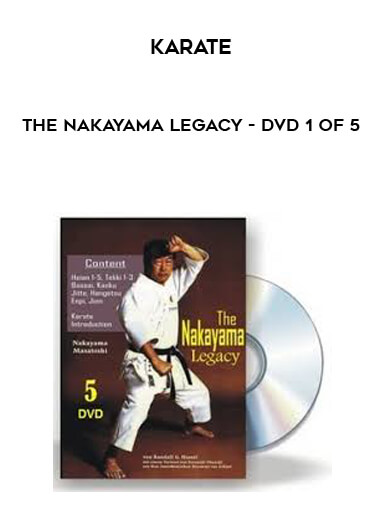 Master Gichin Funakoshi (1868–1957) was the founder of Shotokan karate, but one of the main people to regulate shotokan karate into a system, was Master Masatoshi Nakayama (1913–1987). Master Nakayama was a senior student of Master Funakoshi and in 1949 they formed the Japan karate Association (JKA). Master Nakayama helped form the JKA instructor training program (kenshusei), which I believe, was one of the reasons karate spread across the world at such an incredible rate.

The standard of the JKA instructors was so high, their success was guaranteed. Many of these supreme martial artists were then situated in different countries, where they organised and built organisations that were affiliated with the JKA. Now, at this time (1960’s early seventies), the Bruce Lee craze was sweeping the world, combine this with the sheer quality of the JKA instructors, shotokan karate exploded at a phenomenal rate.

The JKA have created a legacy that the whole shotokan world respects and looks up to. The Japan Karate Association is still very strong today, with instructors all over the world, thousands of shotokan dojo, millions of members and a karate standard that stays very high, across the world.

After master Nakayamas death in 1987, the JKA split and has continued to split into ever smaller factions, but even though this has happened, the original JKA still remains very strong, with the honbu dojo being situated in Koraku, Bunkyo-ku, in the centre of downtown Tokyo. There are millions of shotokan karate-ka practicing throughout the world and either directly or indirectly, they have Master Funakoshi, Master Nakayama and the awesome Japan Karate Association to thank. I am no longer a member of the JKA, but I still see them as the ‘guiding light’ in shotokan karate and long may that light shine!

Be the first to review “Karate – The Nakayama Legacy – DVD 1 of 5” Cancel reply
Digital Delivery
We are using Paypal for our auto-payment gateway.
If you have any difficulty in settle your payment with us, please contact our Customer Service team via:
Skype: [email protected] (Intell Centre Customer Services)
Email: [email protected]
Facebook: https://www.facebook.com/IntellCentre/

After receive your order, It will take 0-12 hours to be download available.
The Course is digital products included PDFs,Videos (MP4,TS,AVI files), Audio (MP3,M4A), Document (Word, Exel,Power Point..)
We will provide the download link accordingly with the Email address on your “Order Reciep”.
Product Rating :
Rate this product