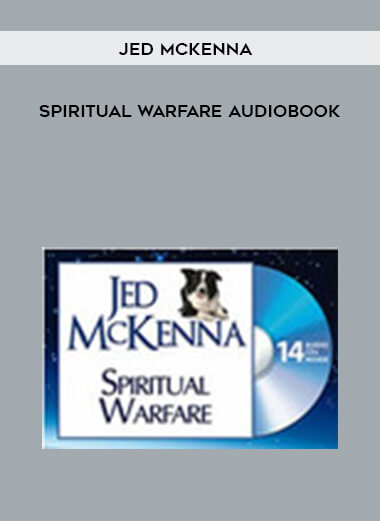 Guns and bombs are children’s toys.
A true war wages, and you’re invited.

IT’S AN INVITATION you may not be able to accept if you want to, or decline if you don’t. It’s an invitation to fight in a war like no other; a war where loss is counted as gain, surrender as victory, and where the enemy you must face, an enemy of unimaginable superiority, is you.

In Spiritual Warfare, the metaphor of warfare rarely appears. Instead, we are presented with the living reality of a very normal woman — a wife and mother with a demanding career and high-stress lifestyle — and we see what happens when she receives an invitation that, try as she might, she can’t refuse. And we meet another woman, a woman who accepted the invitation and fought and won. In the closing chapters of this book, we attend her memorial service as Jed delivers her eulogy.

Spiritual Warfare issues a damning and irrefutable indictment of its own audience and genre, putting spirituality and religion themselves on trial. A terrible crime is being committed against humanity, a crime of oppression and subjugation far beyond Orwell’s 1984. We are the victims of this crime, but we are also its perpetrators. Our motive is fear, our sin is ignorance, and the chain in which we enslave ourselves is belief.

“Belief means not wanting to know what is true.”
Friedrich Nietzsche

Spiritual Warfare is a book for those who do want to know; people who want to escape from their dark asylum and experience a direct and authentic spirituality; people for whom it’s time to look, to think, to know, and — at long last — to put away childish things.

Readmore about : Jed McKenna - Spiritual Warfare Audiobook, Spiritual Warfare Audiobook, what does it mean to be spiritual, spiritual vs religious, what is a spiritual person
Digital Delivery
We are using Paypal for our auto-payment gateway.
If you have any difficulty in settle your payment with us, please contact our Customer Service team via:
Skype: [email protected] (Intell Centre Customer Services)
Email: [email protected]
Facebook: https://www.facebook.com/IntellCentre/